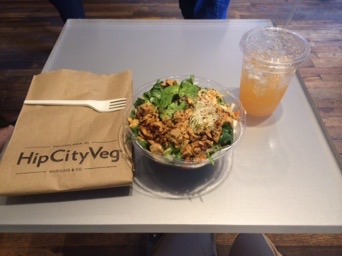 If you ever have a chance to go to this place, please do!
It is my favorite place to go when I need a quick bite in Philadelphia. The menu is amazing and it’s the only place I know where you can get NICE CREAM ($4)!

When your craving vegan sweets, savory, spicy… what ever! this is the place to go.

Check out the website.  The menu will make you drool….  http://hipcityveg.com/

These soft little balls are made from rice flour.  They are easy to take on the go and can be a great vegan snack!  For sure worth trying (:

There are great dishes that can easily be made vegan, however, watch out for the broth!  The broth is usually made out of Dashi, which is most of the time is dried skipjack tuna.  If you are lucky, some dashi can be made out of died kelp.  So if you are at a restaurant and want to make sure you are getting truly vegan Japanese food, ask about the broth.

This is my favorite thing to get in fall.  Yaki=fried, Imo=potato.  But really, it’s not fried and it’s not a plain potato.   It’s a roasted Japanese sweet potato.  The sweet potato is not orange on the inside but rather purple or white.  Honestly, these potatoes are amazing. 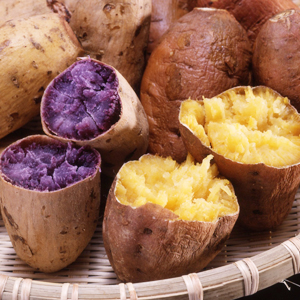 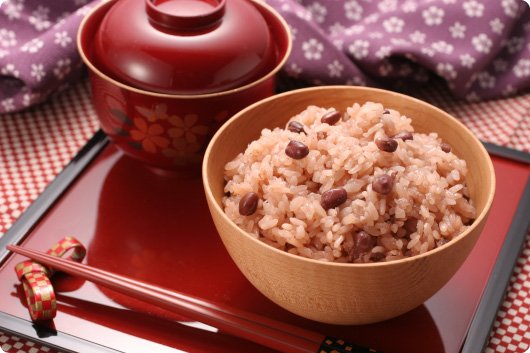 This literally translates to pickled things.   When you go to a Japanese resultant or a Korean restaurant, don’t be scared of those little condiments they put out.  They always vegan!  Unless… it’s like picked fish or something.  Then obviously they a  These are common side dishes in Japan.  Just salt and brine.

Zushi= sushi.    This is sushi rice packed in a fried tofu pocket.  Usually sushi contains fish… which is obviously not vegan.   If you go to a sushi restaurant, don’t be scared to not order this item because you are unsure of what it is.  It’s completely vegan and super tasty. 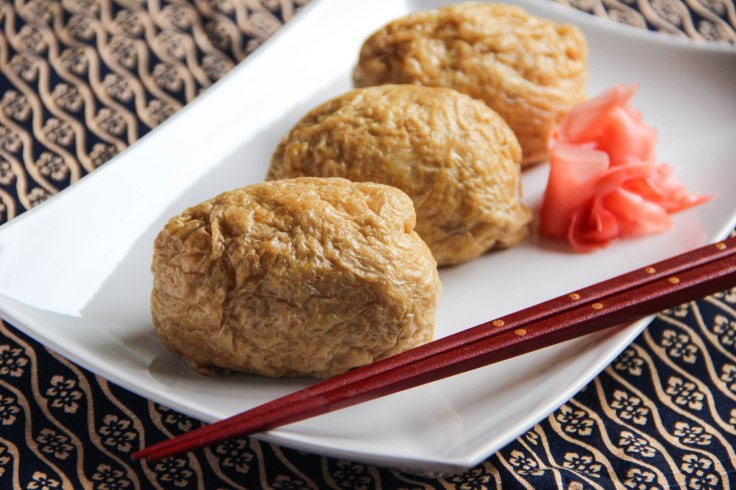 Make sure you get traditional tempura.   Traditionally tempura is made without egg.  But I have seen some people use egg in American restaurants.  This is usually vegan and super delicious!  A great option when you go to a Japanese restaurant.

Went to IKEA the other day….. and guess what? They have vegan food! This dish was vegan meat balls, side of veggies, and some stew looking thing on the side.

This was a super easy recipe that actually tastes freakin delicious. 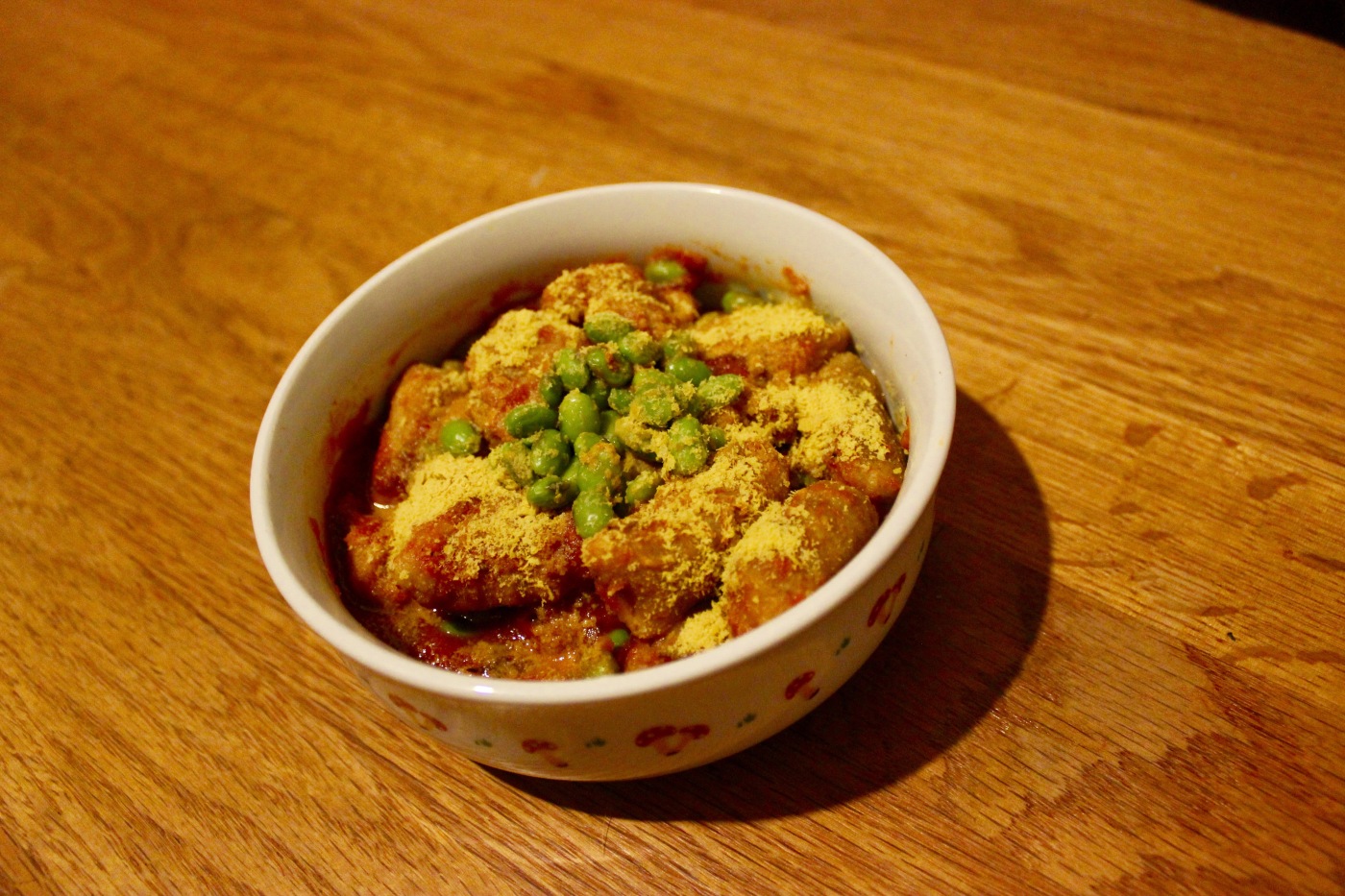 Okay, this is just a lazy dinner to be honest.  But it was good!

All you need is

I just combined all of this and make this quick dinner.  I hope you try this combination.

I went into Washington DC today for the first time to hit up some new places.

Everyone always reccomends Georgetown cupcakes…. so I figured I should go.  Surpizingly, they had VEGAN CUPCAKES!    And to my expectations, it was delicious.  I ordered the Vegan apple cinnamon cupcake since it was a Monday special.   The picture does not do it justice let me tell you

To go with this cupcake, I went to a close by salad bar to get something a little better for my health.  Since I didn’t have to add cheese or protein (Props for being a vegan now) the meal was less than $7.00.  SCORE!

The place is called Sweetgreen and to the side of the restaurant there is a nice little place to eat.  Definitely recommend for a healthy little lunch date in Georgetown.

This Saturday we headed to VeganMania.  SO MUCH VEGAN FOOD!  It was crazy…. We bought tokens for food but there were samples almost at every vendor, it could fill you right up.

Walked around…. talked to a bunch of people, then got the Japanese special at Vegan Plate.

Everything on this plate was really delicious!  The soy “Chicken” was really great.  I also enjoyed the rice…. and the curry.  So basically everything.    I would definitely check this place out.  Close to Down town Chicago.

Then we decided to get some yummy Ethiopian food because I am obsessed.  Unfortunatly I do not remember the name of this vendor….. but here is a food pic!

Last but not but not least, got some coffee and a pumpkin cinnamon roll at metropolis coffee.  Oh my yumminess.  This pumpkin roll was absolutely amazing.  Super soft and sweet.    And only $2!  I think that’s a great deal. 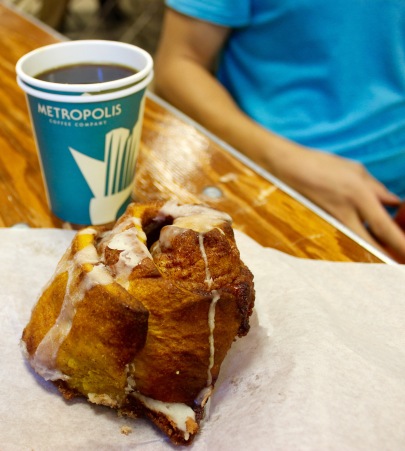 Before we left we went to see Colleen Patrick-Goudreau at 12:30.   It was so nice to listen to her live after listening to her podcasts non-stop for the past couple months…. She was actually funnier in person and I enjoyed the talk she gave.  Thank you for coming!

Overall, I am definitely going next year.  Love this festival. 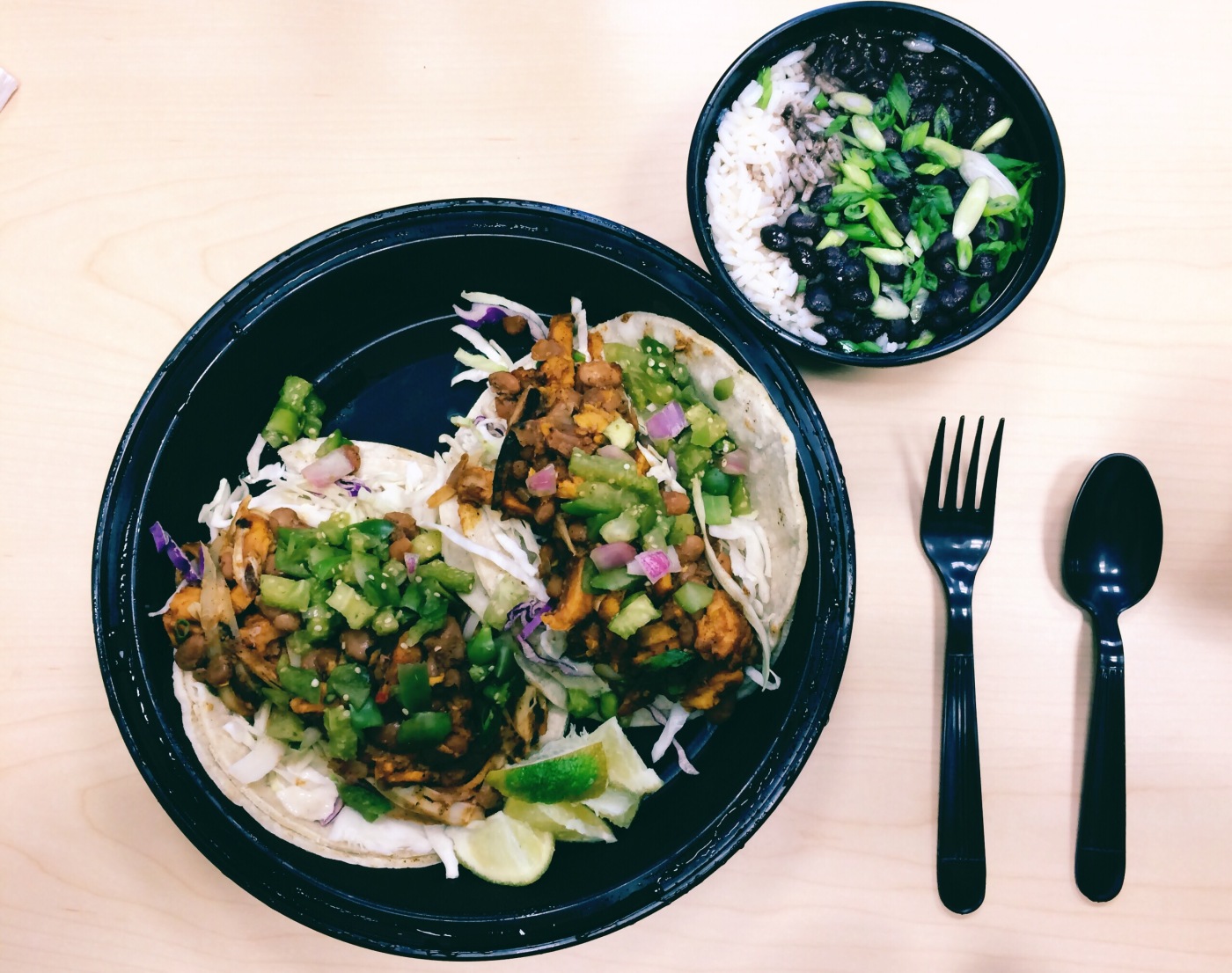 It was so delicious!  I strongly recommend this place.  very very filling tho…. The lunch special you can get 2 tacos and a salad for just $10 and they give you A LOT!  It’s a great deal (:

I’ve had things on this menu that contain mango’s before and I would say avoid the mangos. They taste like hard cucumbers. Every time they are under ripe. ew.

Just another post about a vegan foodie traveling around.   I wanted to write a review on this place that we ordered from today.

I ordered the Black Quinoa ‘Tabbouleh” Salad and MAN it was good. It contained spinach, feta (Just ask for no feta), red onion, tomato, olives, cucumber & mint with lemon vinaigrette

It was delicious and they give you a pretty good portion.  The picture doesn’t do its justice.  We also ordered the Spinach and Ravioli and Hummus&Pita. I didn’t realize the ravioli would have cheese sprinkled on it since it didn’t say it in the menu. Make sure to ask for no cheese if you order this dish…. come to think of it the ravioli might also contain eggs… just skip the ravioli then. haha My co-worker had the continental salad which also looked great. (its not in the picture sorry.)

Overall this place was good. Rating- 7/10